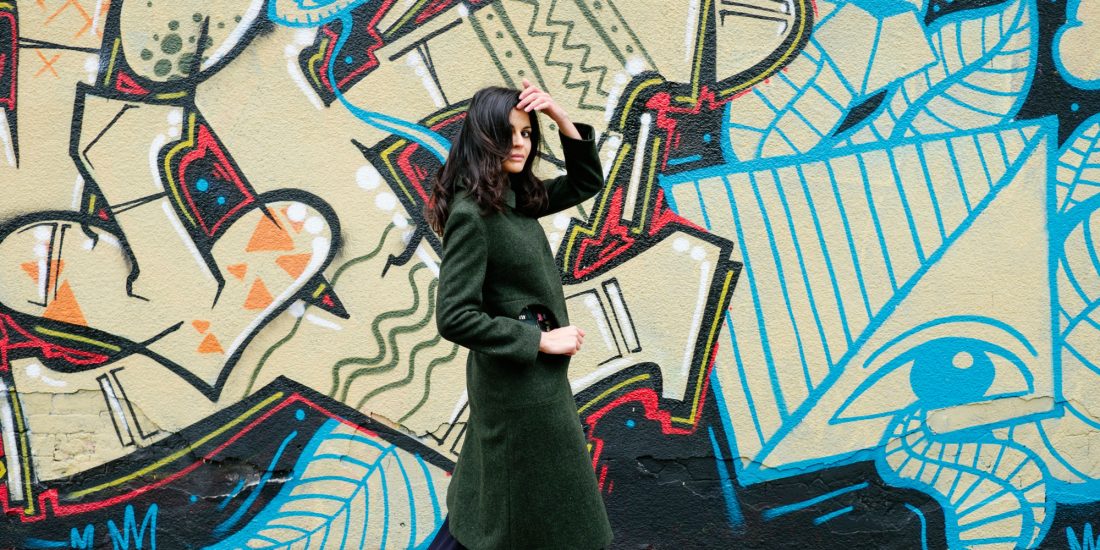 I am always seeking saturation

You left Afghanistan at age six, and in an interview you said: “there is life in the music, colours and flavours”. In what way did that world in which you were raised as a child influence your perception of reality?

The world of my childhood was soaked with colours, flavours and above all sounds. In my family there was a habit of putting on a concert or reciting poetry after dinner. It was a shared enjoyment of music – of what is beautiful. Everyone played an instrument: the dohol, the tanbur, the tabla, or the accordion. Sometimes these spontaneous improvisations took place in the kitchen, amid the strong smells of spices. Other times on the terrace, surrounded by beautiful flowers – the most complimentary atmosphere. Afghan culture is very family-oriented and hospitable, something which has unfortunately been heavily disrupted by the war. That’s why making music was so significant for us, it was a form of refuge – our small private underground – allowing escape from the daily trauma. That childhood experience influenced my perception of music, which I approach also professionally. Hearing sounds I see certain colours, their shades. Persian music reminds me of highly saturated fuchsias, oranges, magentas, and reds. The music also has its texture, which is very soft. And it has a definite shape, which is spherical without a doubt. The music is marked by vitality. By contrast, for me European music is the minor scale – it is matte, pastels, muted blues, greys, and cobalts. When I listen to Christine and the Queens, Nosfella, or Charlotte Gainsbourg I feel that I am in contact with something rough, matte, industrial and also more intellectual. Looking at the reality that surrounds me I am always looking for the saturation – of sounds, colours and senses. Poland is for me an example of a country full of beautiful greys and blues. The late-summer Baltic is unparalleled in that.

You spent most of your life travelling. Are you not tired of it?

Because I was forced to move from when I was little – leaving Afghanistan at six, and finding myself in Holland, Italy, France, Slovakia, and then finally Poland – travel became an inherent part of my life, without which I am not myself. I pull myself away from routines with travel, away from the everyday, and find new inspirations. Moving also means that I am able to appreciate the places I visit and see how much they give me – how much they enrich me. Poland is a country that I associate with space, both external and internal. It is a place where one can do a lot – in music, in art. Being here, I constantly discover fascinating niche initiatives, I meet creative people with huge imaginations.

On the other hand, being a nomad you always feel like a mix, a hybrid – you never belong one hundred percent. When I am in Afghanistan I feel like a European. I am guided by European values, but then the western world tires me and I often feel the need to breath, to detach from that intensity. Then I go east.

Today’s Afghanistan is different from what you remember from childhood.

Very. When I was little my mother and my grandmother wore dresses (short dresses!) and high heels. I have a photo of my grandmother on a bicycle in tight trousers, a white shirt and gold cat-eye shape glasses at the nose. No one saw such attire as a manifestation of perversion then. So I was furious to see that disappear, visiting Afghanistan one year to the next. Women were told to wear burqas in order to protect themselves from the gaze of men. The burqa is something extremely oppressive – it is heavy, hot and uncomfortable. And the message that stands behind it is not one of safety, or of protecting the modesty of women. The burqa is there to protect men against the “bad” and “dangerous” temptations of the flesh. Therefore, along with the burqa, women are also forbidden from wearing jewellery, walking in heels, or using nail polish. Despite what is often said, the burqa is not something typically Islamic, but it is directly connected to the Taliban regime. I am deeply opposed to clothing becoming an element of ideology, a sign of politicization, used to delimit certain groups and control them. All the more so because eastern dress, characterised by being multi-layered, over-scaled, and non-literal, is so liberating.

There is a wonderful Afghan outfit called the perahan tunban, with loose trousers and a long shirt, which does not restrict movement in any way. It is made of a very thin and often embroidered cotton. Women sometimes wear a chador with it, which is a type of very thin and sensual shawl, made of organza or another translucent fabric adorned with little pompons or tiny mirrors. There is also a type of chapan, traditionally the male kaftan, the shape of which recalls the oversize coats that are popular now. And the beautiful, colourful, and patterned fabrics – ikat textiles, hand-dyed silks, light batistes. It is difficult to associate them with the polyester of which burqas are made.

That style of dress certainly breathed life into European fashion. It is precisely eastern designers that we have to thank for the oversized, geometric cuts, unisex garments and abstract forms.

Myself I wear things in an eastern way. I often buy coats or tunics two sizes too big, for instance, because I like to feel like I’m in my perahan tunban – loose and free. I think that is also associated with the feeling that the clothes surround me and protect me. That I can submerge myself in them and be the person I want to be. I also like strong saturated colours very much, and floral or geometric patterns that recall beautiful embroidered Afghan garments.

Fashion should not restrict anyone – it should be taken with a pinch of salt – as a game, as having fun. In Afghanistan women cannot allow themselves that. They are marked by their attire, and risk their lives if they oppose that. In the 1990s my aunt arrived at a lecture at the Kabul Polytechnic in jeans and was threatened with being shot. In Europe women often wilfully become slaves of some fashion, which tells them they should look a certain way and not another. They wear clothes that do not allow them to act freely, to move, to breathe. On the one hand, we have fought for so many years for the freedom connected to our bodies, and on the other hand we still accept a stereotypical approach to the image of a woman – we still succumb to it. Is it not a form of oppression that we cannot even age normally and allow ourselves wrinkles in our forties?

Liza Sherzai is a music producer and activist from a Polish-Afghan family. She is the author of projects looking at cultural contrasts, as well as the image and role of women in the modern world.

Our thanks to Ela Jackowska, the makeup artist for the session.